CUS
The University Sports Center of Palermo – ITALY

The University Sports Center of Palermo – CUS Palermo has a long and meaningful story full of sports activities, records, successes, events that took place during the years. Cus Palermo is a sports association and consists of 20 employees: 14 administrative and 6 workers. In addition also it counts 5 project workers. A solid and reliable organizational structure which over the years has grown.

The CUS  started the day after World War II owing to the initiative of a group of University students. Founded in 1947, from the very beginning the CUS has always played a leading role in the spread and practice of sports both for the University and the city of Palermo.

Many are the activities played in the sports centre: athletics (start-up center), volleyball – school volleyball, basketball – mini-school, water polo, swimming – swimming school, school rowing, handball, football 11, soccer 5, offshore sailing and tennis.
Many events have been organized by the CUS, and among them we remember the Windsurf University Championship that took place at the wonderful  Coral Bay in Sferracavallo, near Palermo. This event, organized in 1988, saw the participation of students from all over the world. In 1996 the Centre was awarded the Gold Star for sporting merit by the CONI.

In 1997 the CUS was the leading actor of the Summer World University Games, the greatest sports event ever to take place in Sicily.

The CUS has also achieved many great results thanks to athletes that, during the years, have competed under its colours and have won national, world and Olympic medals.

Over the years, the CUS has gained a very important  place among the most competitive sports association of Italy. 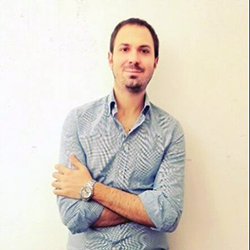